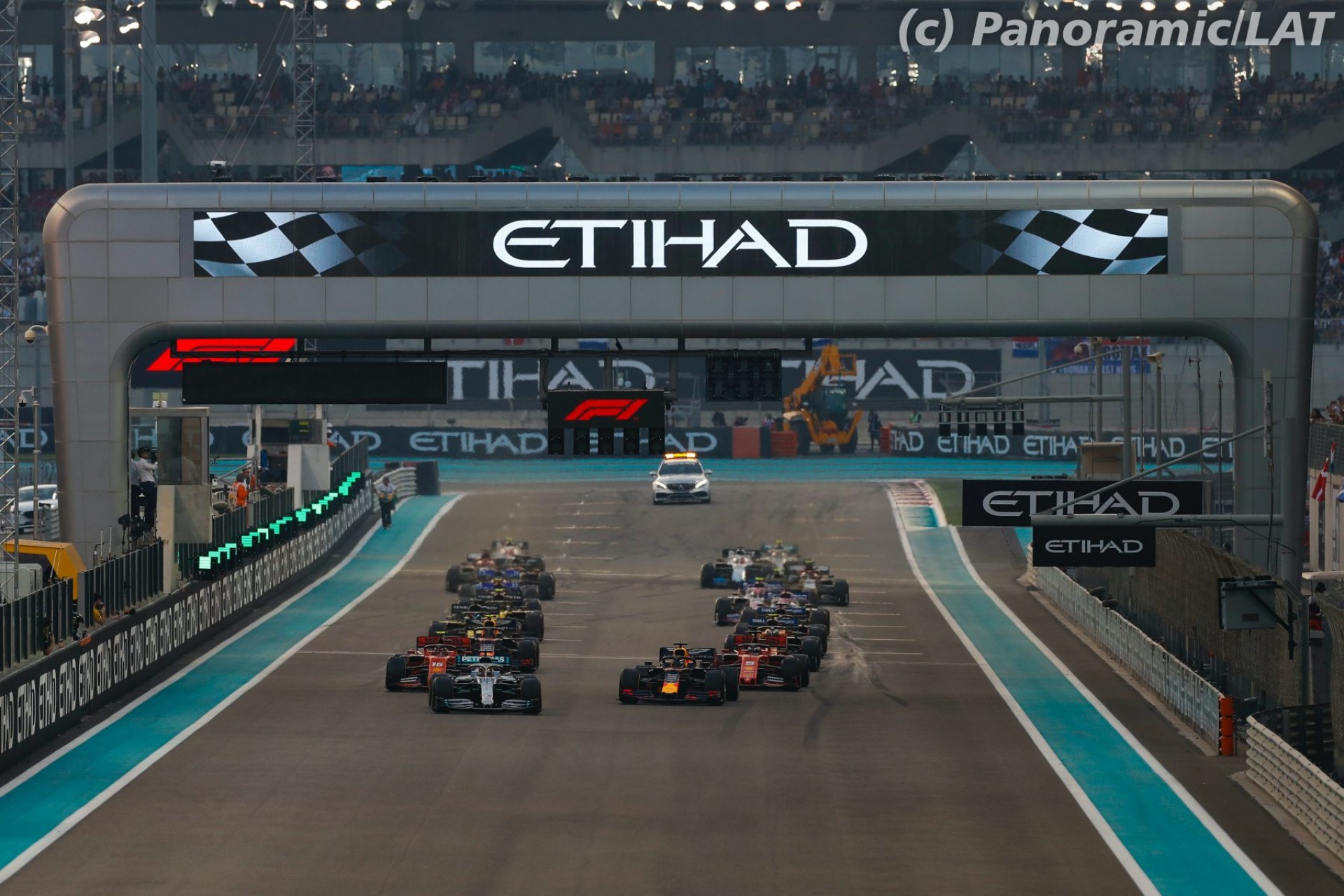 The Abu Dhabi Grand Prix is a major event for the Formula 1 World Championship since the 2009 season. This Grand Prix is nicknamed «the Grand Prix of the setting sun» because it is the first Grand Prix in history to start day and end night.

The first race takes place on 1 November 2009 on the Yas Marina circuit on the island of Yas, it is designed by the German architect Hermann Tilke. This circuit is distinguished by the exit of the stands, which passes under the circuit before going to join the track a few turns further, as well as by a portion of the route, overlooked by the Yas Marina hotel.He is traditionally placed in the final event of the season, and was even the scene in 2014 of an immediately abandoned rule that the points awarded to the top ten at the finish are doubled.

Formula 1 takes its first foot in Abu Dhabi (United Arab Emirates) in 2007 for the first Formula 1 festival. The event, which takes place on February 3, 2007, is free and a large part of the world of Formula 1 is present. It was announced that Abu Dhabi was granted the right to host a Formula 1 Grand Prix from 2009 until 2016. That same year, Etihad Airways negotiated a three-year contract allowing them to sponsor this Grand Prix.

In the 2010 season, the Abu Dhabi Grand Prix was the scene of Sebastian Vettel’s victory for the second time, taking seventh place from Fernando Alonso to win his first Formula One World Championship title.

This event is special in the world of Formula 1 since the Grand Prix starts during the day and ends at night, hence its nickname «Grand Prix du soleil couchant». The Grand Prix thus began, from 2009 to 2011, at 17 local hours and projectors similar to those of the Singapore Grand Prix ensure the transition day-night.