AVEIRO, A PORTUGUESE VENICE IN THE CENTER OF THE COUNTRY 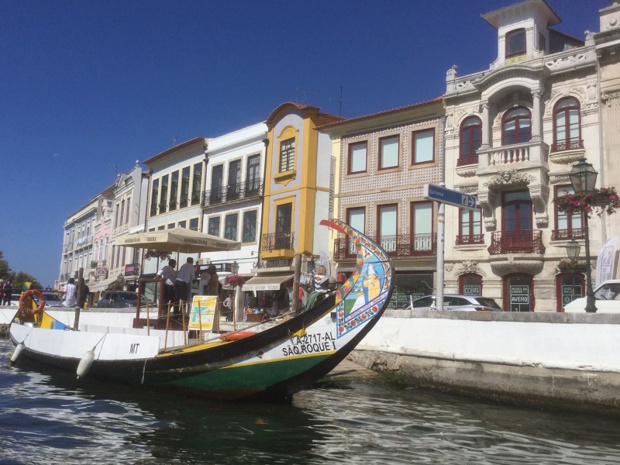 In the Center region, between Lisbon and Porto, flagship destinations of Portugal, Aveiro offers the charm of its architecture and its fine gastronomy along the water. Discovery.

The travel world likes metaphors. He uses it a lot, sometimes even abuses it.

Thus, as soon as there is little water, one or more canals which cross a rather flirtatious city, the nickname of "Venice" is systematically added to the locality.

Among the main serenesses we note among others: the Marais Poitevin (Green Venice), Annecy (Venice of the Alps), Pont-Audemer (Norman Venice), La Ferté Bernard (West Venice), Ganvié in Benin (Venice of Africa ), Tenochtitlan, ex-capital of the Aztec Empire in Mexico (Venice of the New World), Suzhou, close to Shanghai (Venice of Asia), Bruges (Venice of the North), without neglecting Venezuela which would take its surname from Venizziola, little Venice.

Portugal is not to be outdone with Aveiro, a city in the central region, crisscrossed by canals on which the "moliceiros" sail.

Formerly dedicated to the collection of algae, these boats, with the swan neck prow, comfortably take tourists on the main canal, bordered by superb and imposing Art Nouveau buildings.

Many buildings of this style are found inside the city.

These buildings are the subject of a tour (guide available at the Tourist Office) and a museum at the Casa do Mayor Pessoa, impressive by its grandiose facade.

Another museum, that of the city, which offers a vast collection of paintings from the 10th to the 15th century. It is installed in the rich convent of Jesus where taught in the 15th century the Holy Infanta Joana, daughter of Alfonso V.

Legend has it that the greatest princes of the time vainly asked for his hand.

Sumptuous, his marble inlaid tomb sits in the main hall.

Opposite the museum, the cathedral is an interesting experience of modern restoration with preservation of the past.

With our noses in the air, we continue our stroll through the colorful city center to reach the transparent fish market, designed in the Baltard style.

Lots of entertainment in the morning in the many cafes and restaurants around the market where we eat the fish of the day.

Do not forget the station at the end of the walk. It is said to be one of the most beautiful in Portugal with its azulejos (colored earthenware tiles) covering the interior and exterior facades.

A short distance away, Costa Nova, a beautifully restored fishing village between sea and estuary. This is where experienced surfers and bodyboarders meet - the waters of the Atlantic are sometimes tumultuous!

On the seafront, an esplanade invites you to stroll along the shops, bistros and "palheiros", former fishermen's huts.

Made of two-tone planks (red, blue, green on a white background), these shelters have found a second life by transforming into beach houses, rather chic and trendy.

Which gives a colorful decor resembling a playful universe, a village of dolls where we find, a little, the taste of childhood. In any case, the taste of the holidays!