BACK TO AL MADAM, THE ABANDONED VILLAGE IN THE MIDDLE OF THE DESERT 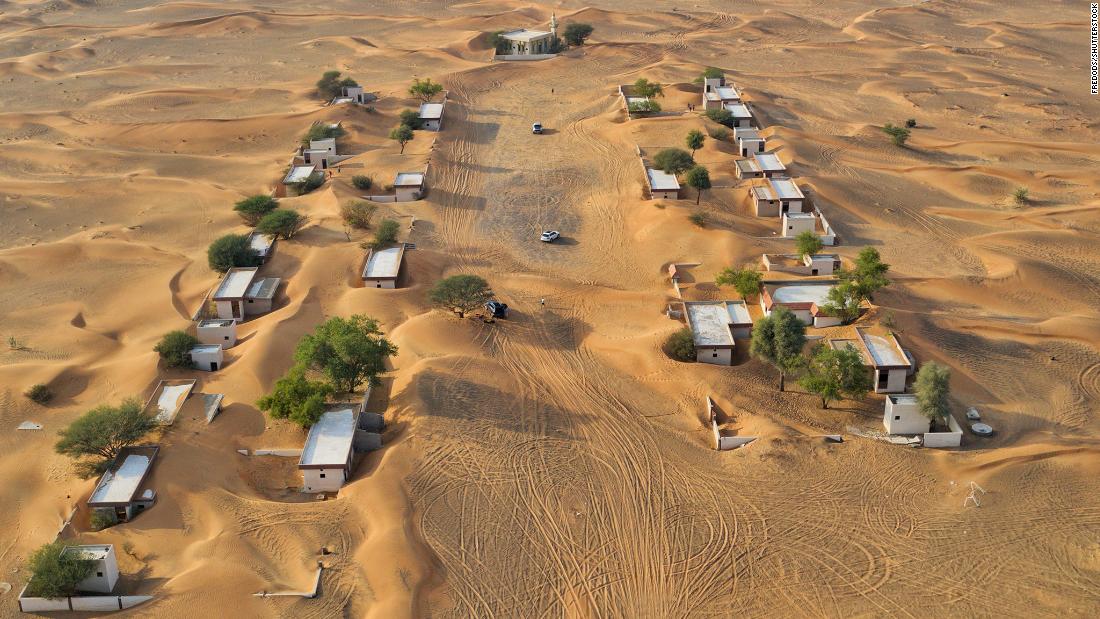 Near Dubai, less than an hour by car, stands an abandoned village which is currently almost covered by sand. This small village is actually an extension of a larger town called Al Madame which developed around roads that once linked Oman to Hatta. With the closure of the Omani border at Mahda in 2016, traffic has been lowered and the road that relieves Al Madam and Hatta is now only accessible to citizens of the United Arab Emirates and Oman, as well as those who have a special permit.

Thus, the small village consisting of two rows of houses and a mosque is located in a desert area located to the south of the city. What is surprising to suggest about this village is that we do not really know the reason why its inhabitants are supporters.

Rumor has it it was due to a supernatural cause. Residents of neighboring villages say that a villain is behind the villagers' departure. The entity in question would be called Umm Duwais and would be a feminine spirit with cat eyes and machetes instead of hands.

What we know about the village

To remove doubts about the ghost village of Al Madame, the SAF or the Sharjah Art Foundation decided in 2018 to retrace the history of the village using a public consultation. Among those interviewed during the investigation, one man said he was married in the village, suggesting that the village was built in the 1970s. As for the reason for the abandonment, the transcripts of the interviews speak of large sandstorms which made the village uninhabitable.

On the other hand, Yasser Elsheshtawy, a professor of architecture at Columbia University, offers another explanation for the departure of residents from the village of Al Madam. According to him, in the 1960s, the UAE government had a project called "Sha'bi housing" whose aim was to provide modern houses to the nomadic Bedouin population as part of a modernization due to the discovery of oil reserves.

According to Elsheshtawy, the village of Al Madam is a typical example of "Sha’bi housing" based on a "compound model". He added that some of these new settlements were being built so quickly that the infrastructure was not always in place. Besides, in the case of Al Madame, SAF documents suggest that the village was not supplied with electricity, and in some cases there was no more water either. It is thus possible that this is the reason for the departure of the inhabitants of the ghost village.