DJERBA : AN ISLAND THAT CULTIVATES ITS INSULARITY WELL 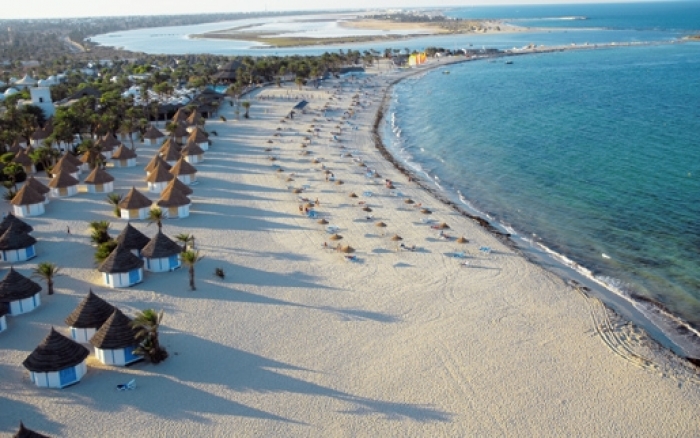 How to tell Djerba to those who do not know it? Certainly, the challenge is great when the space allocated is limited and when there is so much to tell. Djerba is an island that has been widely studied and re-studied. It will not be a question of redoing a new study on Djerba, but of trying to arouse the desire to better know this Tunisian island whose fame has become world-wide, to arouse the desire to discover for yourself the charms so much praised of an island with multiple qualifiers.

Visitors to Djerba can access it by air, sea and land. Since the development of tourism, Djerba has been equipped with an international airport which is constantly being renovated and whose reception capacity has been increased to meet the needs of growing traffic. Air traffic has increased not only for European tourists, but also for Libyans (especially during the air embargo) and Tunisians who use this airport for internal flights (mainly Tunis) and for the pilgrimage to Mecca (for inhabitants of the Southeast). The visitor also has the choice between the ferry that connects Jorf and Ajim over a distance of 2.5km and the 7km long road that connects Djerba (by El Kantara) to the Zarzis peninsula.

The ferry crossing keeps all its charm and especially in good weather and when you are lucky enough to be escorted by dolphins! In summer, but increasingly, throughout the year, long queues extend the length of the overland journey by an hour and even more. Despite the increase in the number of ferries, those that are actually operational are not enough to ensure the traffic flow desired by travelers. Those who are put off by the long waiting times prefer to make the detour via Medenine to bypass the Boughrara Sea and access by El Kantara. The possibility of developing a route across the sea is a consequence of the shallow depth of the marine waters and the proximity of the mainland.

Therefore, Djerba is an island strongly attached to the continent and which has suffered physical and human influences since time immemorial. From the top of the cliff of Jorf or through the window of an airplane, the visitor makes a first contact with the Djerbian landscape. Djerba is a flat land with no notable relief, the average altitude is around twenty meters and the highest point is 53m at Dhahret Gallala. Covering an area of 514 km2, it is the largest of the Tunisian islands and one of the largest on the southern Mediterranean coast. The distances between the ends of the island vary between 20 and 30 km and the coastline extends over 150 km. The tour of the island is feasible by bike for lovers of natural landscapes where bouquets of palm trees grow near the salt lands of sebkhas and marshes. The network of paved roads and tracks covers 355km and it has continued to expand with the asphalting of many tracks connecting the densest areas of habitat. The unpaved tracks extend over more than 200km and form a dense network serving the houmas and neighboring agricultural land climate, soil and water.