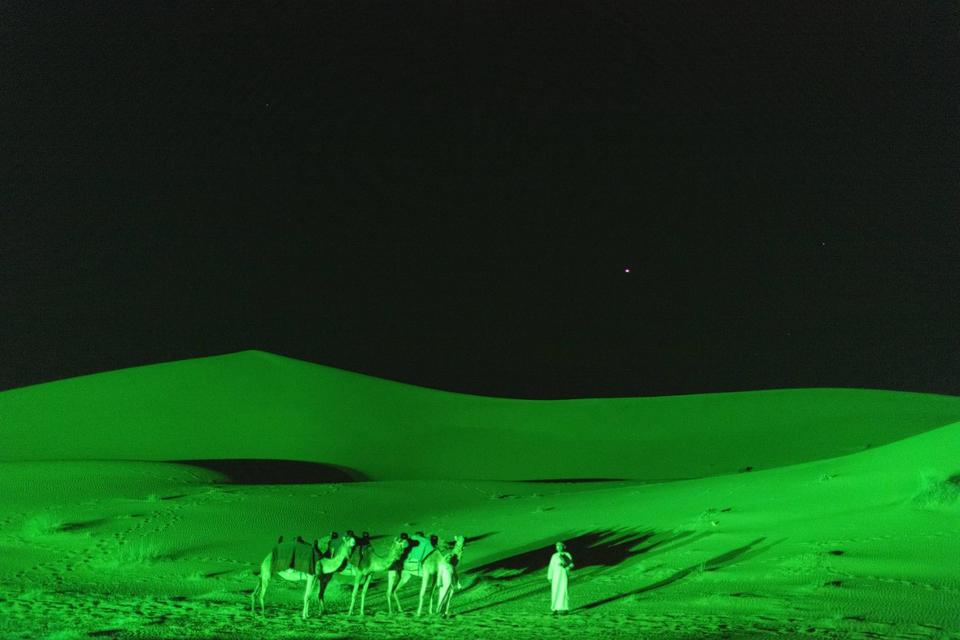 For the first time in the history of global greening, the expansive dunes of the Arabian Desert - organised by Arabian Adventures - turned from brown to green, alongside three other new landmarks that included Dubai Frame, Kempinski Emerald Palace, Abu Dhabi University and The Abu Dhabi Edition.

“We are proud to announce that this year we will enjoy the highest number of Global Greenings in the UAE, and we thank the UAE for its tremendous ongoing support of Ireland’s National Day. The UAE is Ireland’s second largest market in the Arab world and has been the fastest growing emerging market, showing a year-on-year increase in visitors over the past five years. It is also home to more than 10,000 Ireland nationals,” said Aisling McDermott, Tourism Ireland manager, Middle East & Asia.

Globally, hundreds of buildings and structures across 50 countries, ranging from museums and towers to statues and stadiums, shined green to commemorate the day. New entrants included Madison Square Garden in New York, London Eye in England, City Hall in Bangkok, and the Niagra Falls in Canada.