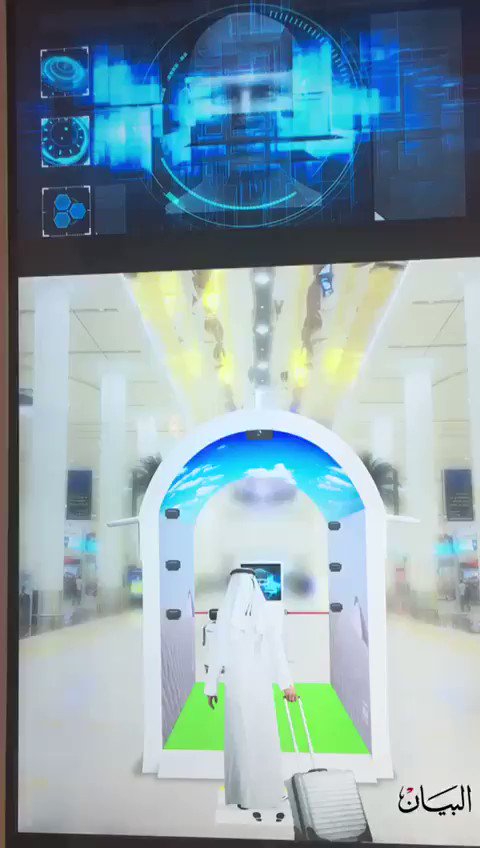 In their crazy race against the clock, the Gulf countries are constantly competing in bolder inventions than each other. Replacing the precious petrol has become the priority of the United Arab Emirates. As a hub in the Middle East and North Africa, the UAE has diversified its economy over the last decade, broadening its horizons in construction and tourism. Among these pharaonic projects, Dubai unveiled on October 10 its new "smart tunnels" installed at Terminal 3 of its international airport.

This is a pilot project where artificial intelligence is once again in the spotlight. We have all experienced long queues at passport control since the security measures put in place after the attacks.

But thanks to this new technology, passengers will no longer have to live this nightmare. No more queuing and losing time to present their identity documents, now 15 seconds will be enough to verify the identity of each passenger.

Four years of work will have been necessary to achieve such a result. The General Directorate of Residence and Foreign Affairs (GDRFA) in charge of the project took the big game: face recognition, artificial intelligence and machine learning.

Clearly, when a passenger goes to his boarding area, he borrows one of the tunnels, and it is during his journey that his iris and his face are scanned. This test phase is currently intended for business class passengers and first class, later it should be generalized to all passengers and allow a better fluidity in the controls.