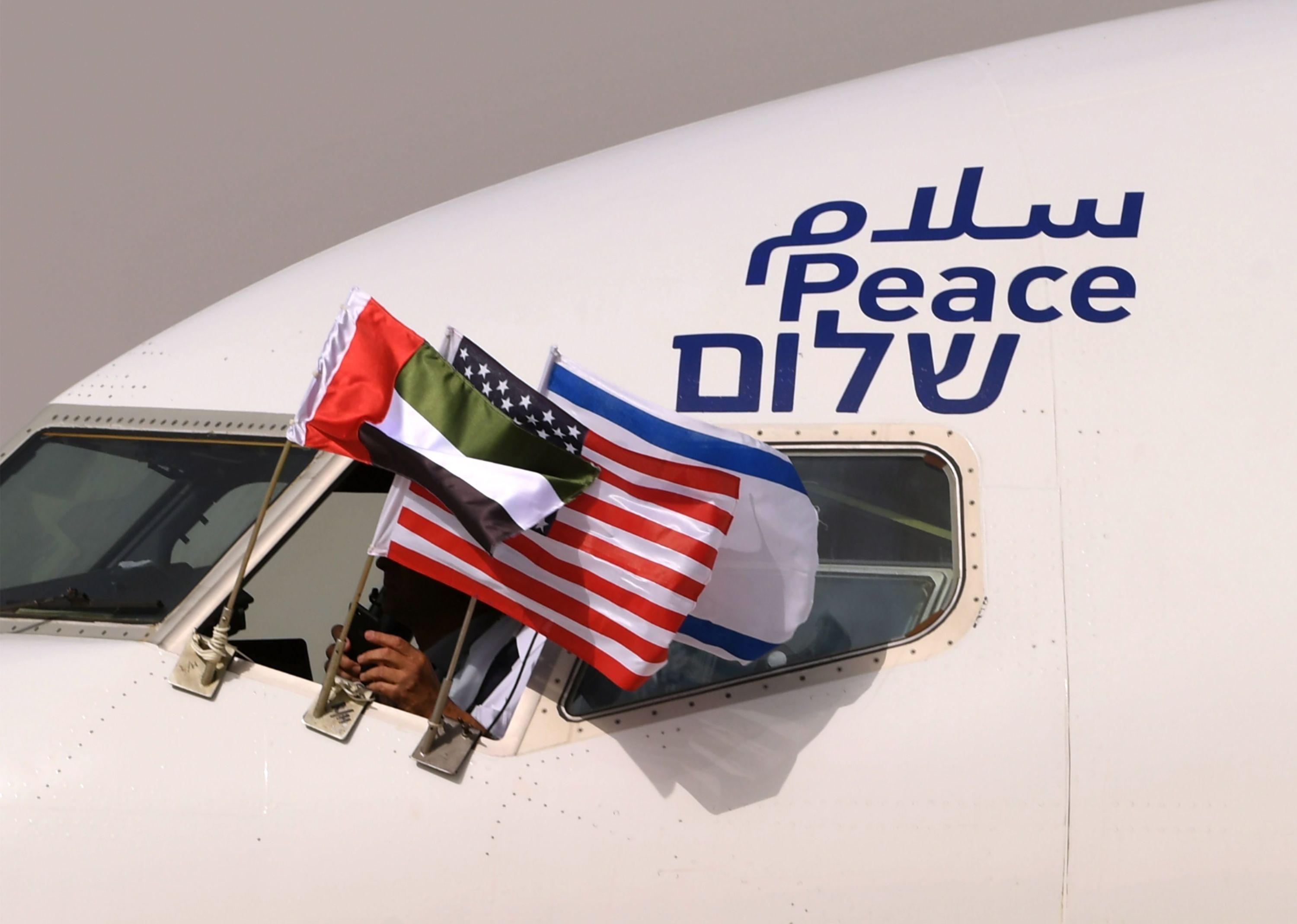 If the international borders of the United Arab Emirates and Israel still remain closed, the first flight between the two States is an exceptional event since it marks the first commercial air relationship of the two countries. A historic turning point that could mark a new boom in travel to and from Israel. A fierce competition is emerging between Israeli companies and the Emirates.

Over 70 years of waiting for this three hours flight. On Monday, the first commercial flight of the Israeli company El Al from Tel Aviv landed in Abu Dhabi. A historic flight that follows the surprise announcement in mid-August of a normalization of relations between the United Arab Emirates and Israel. It follows a peace deal for the region where Donald Trump's US administration has been involved.

For Israel, this is a master stroke. The Hebrew state has succeeded in breaking its isolation from all the Gulf nations. So far, only two Arab countries, Egypt and Jordan, have diplomatic relations with Israel.

The Emirates are therefore the first in the Gulf. It seems likely that Qatar could quickly become the second state to forge relations in the region. Experts said to even talk about normalization with Saudi Arabia. Unthinkable a year ago! The first flight between the two states also received surprising support, that of Saudi Arabia, which granted the overflight of its territory by the Israeli plane. Another first.

Admittedly, this maiden flight remains unique for the time being. There are still no regular lines authorized between Israel and the Emirates. It's only a matter of months according to experts. However, we can already extrapolate on the future of the airlines which should eventually connect Tel Aviv regularly to Abu Dhabi, Dubai and perhaps Sharjah.

An asset for Israel, a challenge for El Al

Since September 1, Israelis have been able to purchase airline tickets on Etihad through its new representative, TAL Aviation.

One positive consequence for Israel will be the possibility in the near future - once the covid-19 crisis is under control - of Emirates and Etihad planes landing in Tel Aviv. With all the firepower that that implies on the part of these two carriers. Tel Aviv would thus be connected to more than 157 destinations of the Emirates network in Dubai and 84 destinations of the Etihad network in Abu Dhabi. Israel would therefore become accessible from the whole planet, especially from Asia and Africa. One can imagine the impact on business tourism and commerce.

On the other side of the coin, this openness risks however further weakening the national company El Al. The latter is already very weak in Europe since an open skies agreement which encouraged the arrival of low-cost carriers. El Al is also losing market share to Turkish Airlines. The Turkish company offers a network of nearly 200 destinations via Istanbul. Before the covid crisis, Turkish landed up to 10 times a day in Tel Aviv.

A future presence of Emirates and Etihad should only further exacerbate the problems of El Al, which has limited financial resources and enjoys support from its government beyond comparison with its Gulf counterparts.