IS PORTUGAL REALLY SUCH A “LITTLE” COUNTRY? 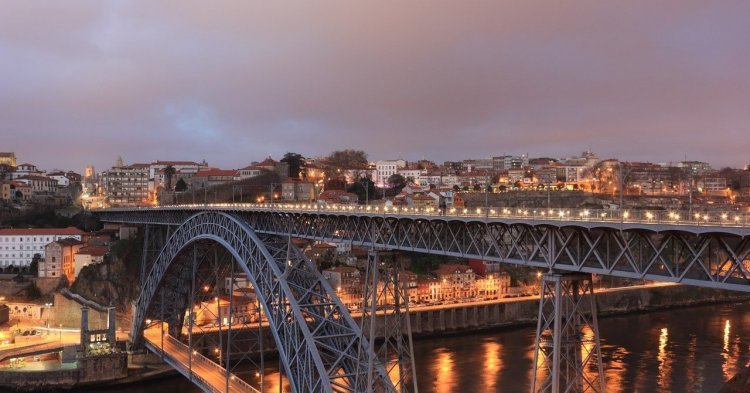 Since January 1, 2021, Portugal takes on the costume of leader by taking its turn of presidency of the Council of the EU. The small country of the Iberian Peninsula has a key role at a time when the response to the health crisis is at stake. Voix d'Europe looks back on the development of the country in recent years, since the financial crisis that brought the country to its knees, until its historic recovery, a few months before the Covid19 pandemic.

The German presidency ended at the end of December with several successes, such as the conclusion of a post-Brexit agreement or the validation of the recovery plan. Portugal, which will head the Council of the European Union until the summer of 2021, therefore seemed to have leaner and less consistent plans. However, as its Prime Minister, Antonio Costa, emphasizes: “The next step is no less demanding”. Especially since the country of Fernando Pessoa intends to reach out to the whole of Europe as it is not the “small” country he leads people to believe, and quite the contrary, it is a valiant and resilient country.

2008 the start of the nightmare

In 2008, the American subprime crisis ended up also affecting the Old Continent. Portugal is one of the main victims. With public debt around 100% (77.4% of GDP in 2009 and 93% in 2010), confidence is no longer there and borrowing rates are then reassessed. It will therefore have to resort to a loan of 78 billion euros from the IMF, the ECB and the EU and put in place an austerity plan in 2011. Lisbon is not very far from Athens. on the disaster scale. Wages are drastically lowered, taxes rise dramatically, families are tightening their belts. Austerity is severe and as expected, the standard of living of the Portuguese, as of 2012, fell by 6%.

But if some in Europe already saw him join Greece on the picket line and wear the donkey cap, it was not. Lisbon has raised the bar by focusing on its main asset: its welcoming and mild climate. The government of the day set up an attractive tax reduction system for foreigners wishing to invest in Portuguese stone. This has greatly benefited the country, as many Europeans have bought villas or apartments, thereby gradually reviving the economy. In 2013, Lisbon even repaid a bond of 5.9 billion euros, which allowed it to reduce the country's debt percentage by 3 points. In 2028, the country, ultimately not so "small", was saving 100 million euros by repaying its debt to the IMF faster than expected. Portugal paid off its 28 billion euro debt, including interest, four years ahead of schedule. A record!

In 2015, if the results of the legislative elections gave the center-right candidate as the winner, it was ultimately the Socialists who took power through an alliance with the far left. Antonio Costa took over as head of government with the end of austerity as his main promise. Everyone was afraid, starting with the European Commission, but this strange couple nevertheless manages to revive the economy of a country in pain.

The Costa government has increased the minimum wage and small pensions, provided assistance for heating, and lowered VAT a little. Civil servants and retirees have regained the two months' pay they lacked.

Trade, private and public, have also been positively impacted by tourism and the economic recovery. State services have been modernized and privatization has been placed at the center of the revival. All these measures encourage the Portuguese to resume shopping and make credits. The machine is training again: the crisis is now just a bad memory. On the export side, the textile, agrifood, furniture manufacturing and mechanical sectors are also benefiting from modernization. Today, Portugal is an export champion, as this represents 40% of its GDP.

Obviously, minimum wages and pensions are still very low, compared to the “big” EU countries, but its growth momentum does not seem to be stopping.

For several years now, the success of the tourism sector in Portugal has not been denied. For several years now the country has been considered “Best Tourist Destination” by the World Travel Awards and large cities are increasingly visited and appreciated by tourists from all corners of the globe. The appointment in 2020 of Lisbon as European green capital, also contributed to the success of the city and made it possible to attract new tourists, turned towards the school ogie and concerned about greener tourism.

The Portuguese government has made this opportunity a strength and so many aid and financial support programs have been created to promote and strengthen the national tourism offer. The “All for All” project, launched in 2016 with the aim of creating accessible itineraries throughout the country and for the greatest number, is one of those projects which should make as many people as possible want to travel to Portugal. This effort has made the country one of the most accessible and one of the most appreciated by people with disabilities. Overall, the Portuguese government seeks to reduce regional asymmetries and allow less-favored regions to benefit from the economic benefits of tourism, by diversifying the destinations and types of stays offered.

In August 2019, a record 24 million visitors were expected, an increase of 6.5%. This figure has necessarily been revised downwards in 2020, because of the Covid-19 pandemic. But despite everything, the travel and tourism sector has recorded one of the highest growth rates in Europe and created one in five jobs in the country. The majority of tourists come from the EU, which shows that the country strongly attracts its neighbors thanks to its favorable prices and a dream setting. Lisbon, the country's capital, is often the top destination for tourists.

By taking the head of the Council of Europe until July, Portugal will coordinate the strategy of vaccination of Europeans. It will also have to ensure the proper implementation of national recovery plans. Lisbon will have to continue to coordinate the health measures of the 27, which react in dispersed order to each wave of the epidemic despite the progress made since the arrival of the coronavirus. And his presidency will not be easy, as a new financial crisis looms over all of Europe