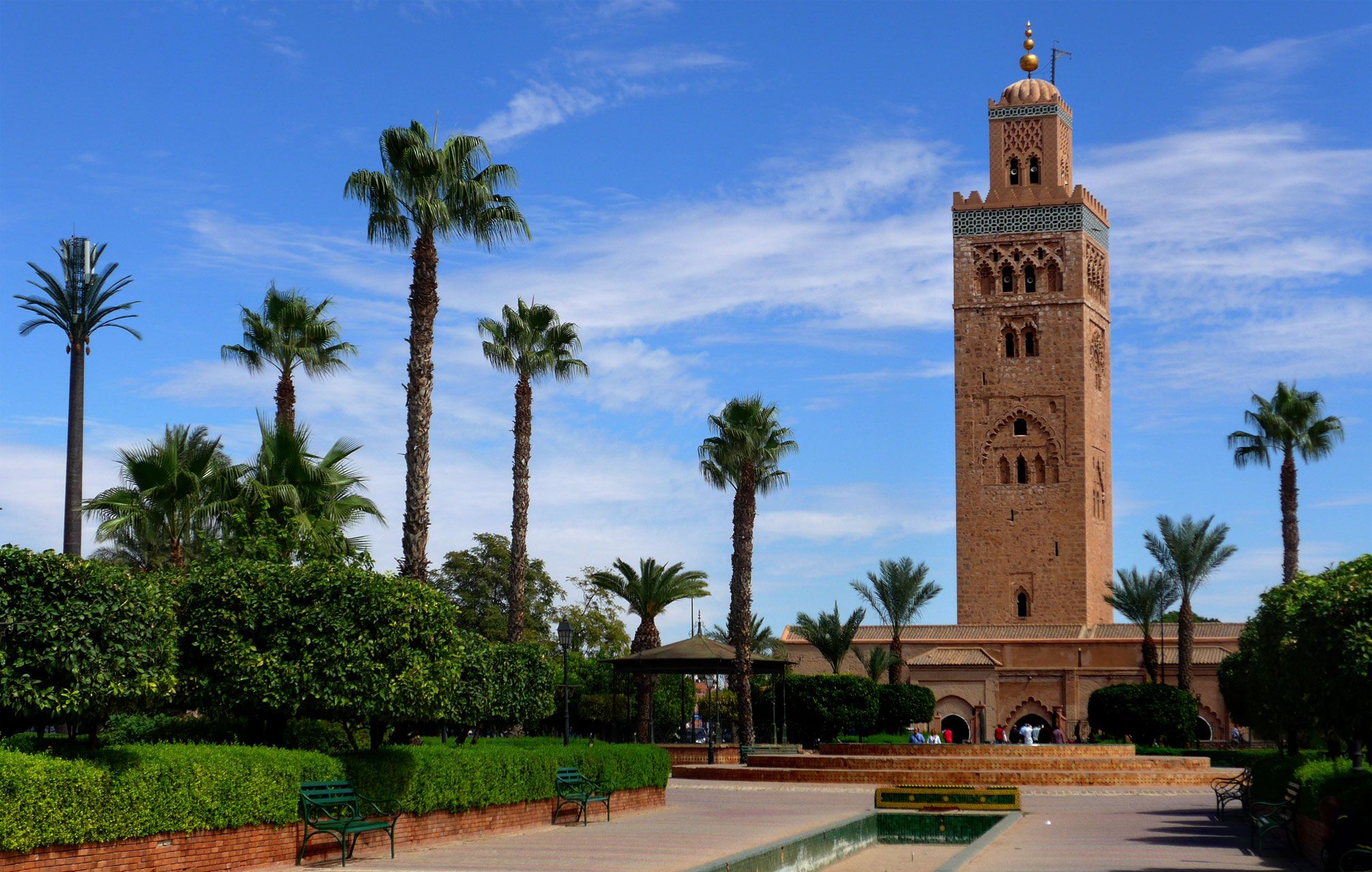 The construction of the Koutoubia began in 1141 at the request of the Almohad Caliph Abd al Mumin and draws particular attention for the height of his minaret - which recalls that of the Giralda - and for its pink sandstone color, typical of the city.

Its name, which means in French “mosque des libraires”, comes from the numerous book stalls which surrounded the monument after the end of its construction.

The roof of Marrakech

The minaret of the Koutoubia Mosque is 69 meters high; it is therefore the highest point of view over all of Marrakech. This impressive religious building is 90 meters long and 60 meters wide.

As with the rest of the city's mosques, non-Muslims are prohibited from entering; so you’ll just have to watch it from the outside. This mosque is an important gathering place; you will find people in its surrounding streets or gardens at any time of the day.