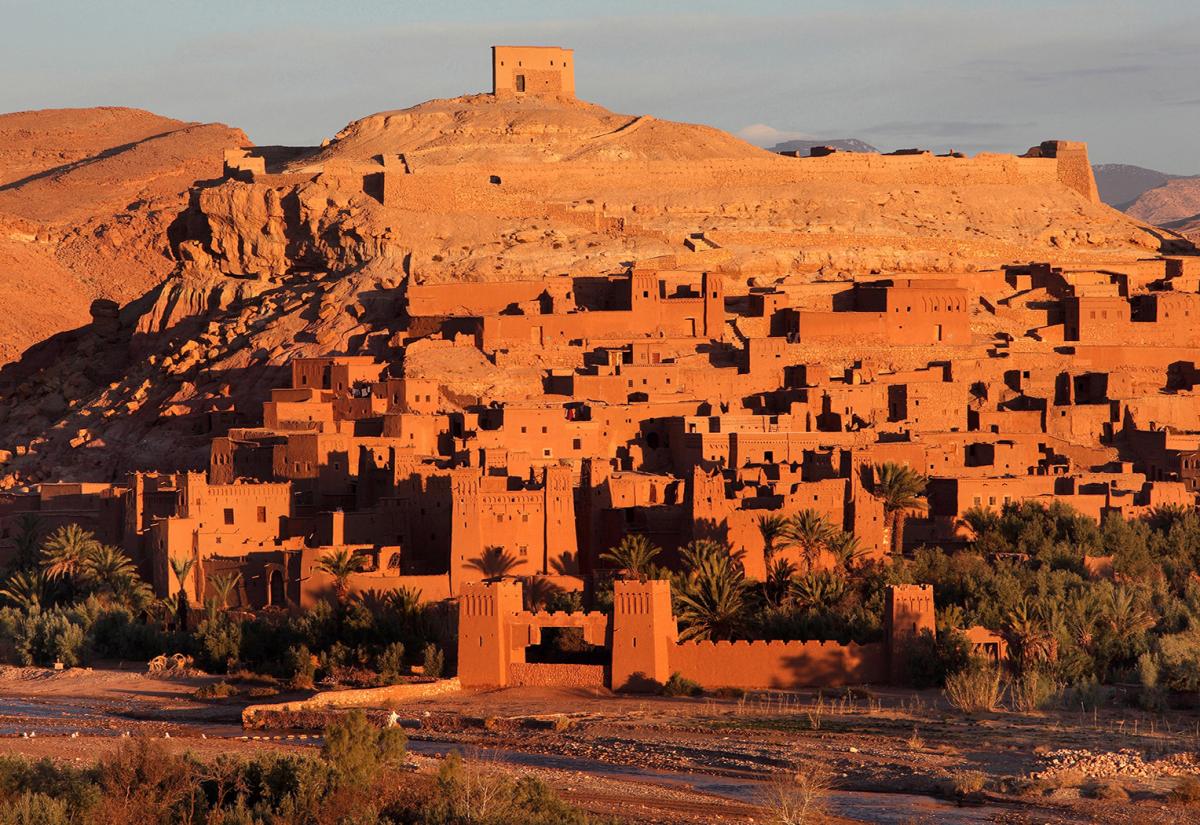 The Moroccan village located on the foothills of the High Atlas served as a backdrop for major film productions: "Lawrence of Arabia", "Gladiator", "Prince of Persia", "Game of Thrones" (Got)…

In Morocco, Aït-ben-Haddou is well known to film buffs and tourists. In fact, many films and scenes of cult series were shot in this village at the gates of the Moroccan desert.

The UNESCO World Heritage site is located about thirty kilometres from the studios of Ouarzazate (centre), the "Mecca" of cinema in Morocco. It is the most famous ksar of South Morocco.

Ksar is a type of traditional pre-Saharan habitat. Houses are grouped within its defensive walls reinforced by corner towers.

Once crossed, the imposing entrance door, an inextricable maze of winding alleys, leads to a place where the inhabitants once gathered.

Most of the inhabitants of the ksar have moved to a more modern village on the other side of the valley and some of their houses have since been converted into craft shops. The village still has a mosque, an attic and two cemeteries, one for Muslims and one for Jews.

The site is the pride of the village inhabitants who want to bring more tourists. Unlike Northern Ireland, Malta or Dubrovnik, where scenes from Game of Thrones (Got) were shot, Aït ben Heddou did not communicate about the shooting.

Today, young people from the village are working with the means of the coast to create a museum of photography in the heart of the ksar. It will gather images of movie scenes.

The museum may exist before a possible return of "Got" in the village: the American television channel HBO has ordered a prologue entitled "House of the Dragon" (The Dragon’s House). And George R.R. Martin, the author of the books from which the series is taken, confided on his blog that Morocco would be part of the filming locations.