MOROCCO WANTS TO BECOME A DESTINATION OF CHOICE FOR CHINESE TOURISTS 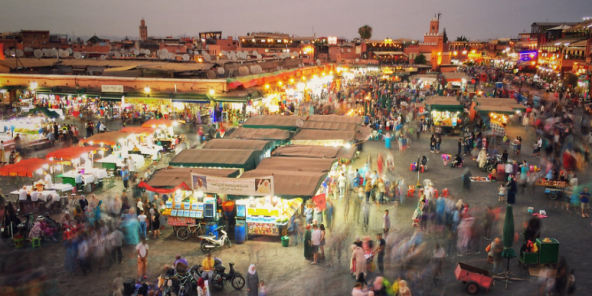 As the Royal Air Maroc opens in January a direct connection between Casablanca and Beijing, the Moroccan National Tourism Office has teamed up with the Chinese tour operator to promote the destination Morocco.

Morocco maintains its target of tourists annually, but still does not succeed. In the first six months of the year, and despite an increase of 6.6% compared to the same period last year, there were only 5.4 million to visit the Chérifien kingdom.

To boost this figure, the Moroccan authorities decided to focus on the Chinese market, the world’s leading provider of tourists with more than 150 million vacationers annually. In May 2016, following King Mohammed VI’s visit to Beijing, it was decided to abolish visas for Chinese nationals. A first step in the process of seducing these tourists, which has just been complemented by other concrete initiatives.

The Royal Air Maroc (RAM) has confirmed this week the establishment of a direct connection between Mohammed V airport of Casablanca and the international airport of Beijing-Daxing from 16 January next. On the last B787-9 Dreamliner purchased by the public company, the flight is expected to last 13 hours and will carry more than 325 passengers on a frequency of three routes per week.

Royal Air Maroc is proud to offer its passengers direct flight opportunities between Morocco and China. This long-awaited new air route will certainly contribute to the development of Morocco’s destination in the world’s leading outbound tourist market. It will allow us to respond to a strong need expressed by the economic operators of both countries and will contribute to further strengthen the commercial and economic relations between Morocco and China », explains Abdelhamid Addou, the company’s president and CEO