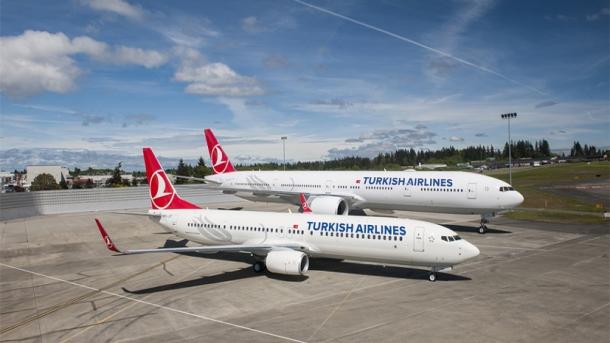 Turkish Airlines (THY) was the airline that carried the largest number of passengers from Asia, the Far East and the Middle East to Portugal (via Istanbul) in 2019, thus outdistancing its rivals in the same segment, told the director of the Turkish transporter in Porto, Ahmet Faruk Sahiner.

"This figure includes many people of various nationalities such as Africans and Middle Easterners, but at least 50% of these passengers were from Asia," he said. Noting a gradual increase in the number of passengers since the Turkish airline's first flight to Portugal in 2005, Sahiner said that the company's objective this year is to transport 300,000 air passengers to this country in southwestern Europe .

Turkish Airlines has served two routes in Portugal: Lisbon since 2005, and Porto since 2015.

"The passengers who visit Lisbon want to return to the country to rediscover the city, added Sahiner, highlighting the success of this Portuguese destination. We fly [to Porto] 10 times a week in summer and seven times in winter. After four years , we’ve set a target of 100,000 air passengers for Porto. "

Turkish Airlines connects Portugal to Africa and Asia, said the local director of the company.

With the big waves along its coast, Portugal is a destination of choice for surfers, noted Sahiner, adding that the THY transported tourists, especially from Asia, to "surfing paradise".

"We transport surf equipment for free to certain destinations, so we become competitive in terms of price," he said.

Passengers from certain countries with a stopover in Istanbul of more than 20 hours are eligible for Turkish Airlines accommodation, added the company representative.

Regarding the transport of goods via its subsidiary Turkish Cargo, the Turkish representative said that Turkish Airlines transported the majority of goods to Portugal and from Asia.

Turkish Airlines carried 74.3 million passengers in 2019. The company recorded a 3.8% increase in the number of passengers on international routes.

Turkish Airlines, founded in 1933, flies to 127 countries with its fleet of more than 350 aircraft, passengers and cargo.