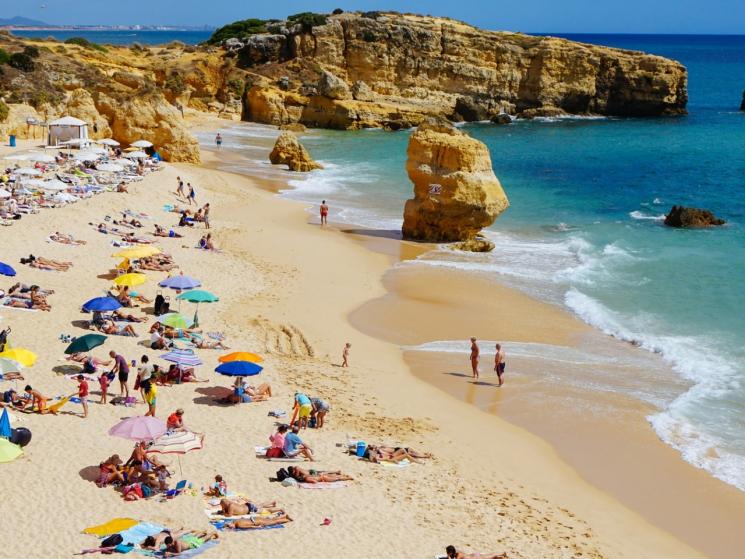 Direct flights to the UK are now allowed and Portugal was removed from the "red list" as of March 19, giving hope to Portugal's tourism sector.

The decision was taken "following indications that the risk of importing a variant of concern from these destinations has been reduced," says the UK transport ministry, noting that "Portugal has taken action to mitigate the risk associated with its links with countries where variants have become of concern and now has genomic surveillance."

However, air links are not expected to resume immediately, as the Portuguese government has extended the suspension of flights, commercial or private, to or from the United Kingdom and Brazil until March 31.

Despite this easing of restrictions, the containment rules due to the Covid-19 pandemic remain in England, so that it remains banned to travel without valid justification, which means that holidays in Portugal remain for the moment to be banned.

"This is naturally something extremely positive because there was no basis for this inclusion of Portugal in this list", defended Eduardo Cabrita.

He added that Portugal has "particularly low incidence indicators" with regard to the pandemic situation and states that the country must "continue the effort to consolidate these results" and will remain "attentive" to the risk of the variant. detected in the UK and "its impact on Europe".

"But, obviously for Portugal, these decisions, both the German decision of last Friday and this British decision, are recognition of the path that, collectively, we have traveled in recent weeks," he concluded.

The withdrawal from the "red list" was also welcomed by the president of the Algarve tourist region (RTA) who declared that the new situation is "welcome" and reflects the "positive epidemiological situation" in Portugal.

"For the Algarve this is good news, as the UK market is one of the main markets for outbound tourism, it allows UK citizens to plan their summer vacations and to be able to start looking after their own. travel insurance, which was not possible for them with Portugal included in the list, "João Fernandes told Lusa.

For João Fernandes, the British position "gives a clear signal that the destination [Algarve] is ready to receive tourists from this country, but this is not yet the desired final signal".

"The signal we want is for British citizens to be able to travel abroad, a reality which will not be clear until May 17, because at the moment they can only take essential trips", he recalled.