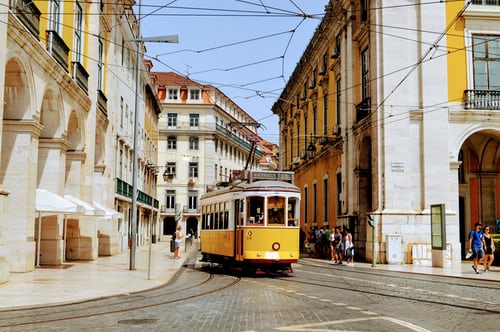 Portugal has decided to lift many of its restrictions earlier than expected. In question, a population totally vaccinated at 70%.

Portugal, which vaccinated 70% of its population against Covid-19 earlier than expected, has decided to anticipate the lifting of certain restrictions, in particular by raising the reception level in restaurants and theaters, announced the government on Friday.

"Portugal is one of the countries with the highest vaccination rate in the world," said Mariana Vieira da Silva, the government spokesperson, at a press conference at the end of a Extraordinary Council of Ministers.

The government initially planned to ease the restriction measures currently in force for the beginning of September, as part of a three-stage deconfinement plan that evolves according to the progression of the vaccination rate.

From Monday, restaurants and cafes will be able to accommodate groups of up to eight people indoors and 15 on the terrace, compared to six and ten currently. However, the health pass or a negative test remains mandatory to allow entry into a restaurant on weekends, a hotel or other tourist accommodation.

The government’s goal is to reach 85% of the vaccinated population fairly quickly Performance venues and family events such as weddings will see their capacity increased by up to 75%, while public transport will no longer be subject to any capacity limitation.

This second stage of this deconfinement plan also provided for the end of wearing the compulsory mask outdoors. The lifting of this measure, which was passed in Parliament and which is in force until September 12, "must also be voted by Parliament," said Vieira da Silva.

The last phase of this plan, which notably provides for the reopening of bars and nightclubs on presentation of the health pass or a negative test, initially scheduled for October, could also "be anticipated" if the goal of 85 % of the fully vaccinated population is reached before, said the government spokesperson. Among the first European countries where the Delta variant became dominant, Portugal experienced an increase in contagions from mid-May to which the authorities reacted by stepping up their vaccination campaign.

The country will begin to vaccinate 12 to 15 year olds on Saturday. Nearly a quarter of these young people, in an age group of some 410,000 individuals, have made an appointment for their first dose of the vaccine this weekend alone, according to health officials.