RYANAIR: A BASE IN MADEIRA LINKED TO BEAUVAIS AND MARSEILLE 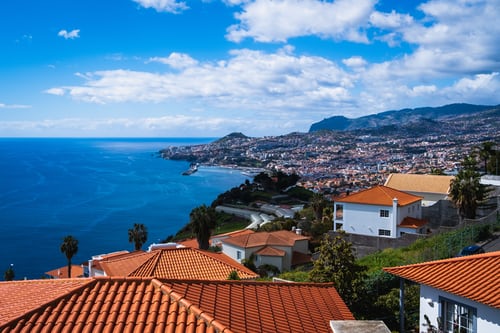 The low-cost airline Ryanair will open a base in Madeira, its fifth in Portugal, next spring, with 10 new routes, in particular to Paris-Beauvais, Marseille and Charleroi.

From spring 2022, the Irish cheap flight specialist will base two planes at Madeira Cristiano Ronaldo Airport (Funchal), an investment of $ 200 million that will allow her to create "60 new direct jobs". Among the ten new features announced in six countries are two to France and one to Belgium, with more than 40 flights per week.

The other seven new arrivals in Madeira are Milan-Bergamo in Italy, Dublin in Ireland, Lisbon and Porto in Portugal, London-Stansted and Manchester in the United Kingdom, and Nuremberg in Germany. Until now, the low cost did not offer any line to Funchal, which will therefore be added to its four other bases in Portugal: Lisbon, Porto, Faro and Ponta Delgada (Azores).

This new low cost base “represents its commitment to Portugal and once again demonstrates Ryanair's ability to rapidly rebuild Portugal's tourism industry, with more than 40 weekly flights on 10 new routes, including 5 exclusive routes, next summer. Ryanair will operate more than 160 Portuguese routes next summer (more than twice as many as TAP), to 15 countries, making Ryanair the leading Portuguese carrier in terms of choice, prices and punctuality, ”the statement said.

To celebrate the opening of its new base in Madeira, Ryanair is launching an “exciting” seat sale with fares starting from just € 29.99 for next summer - “great news for those planning a travel vacation. relaxing summer or an adventurous weekend in Madeira. Known for its renowned wine and stunning scenic mountain trails, these incredibly low fares are available until Thursday 25 November only, on Ryanair.com ".

Ryanair CEO Eddie Wilson said: “We are delighted to announce the opening of our new base in Madeira, which will offer increased connectivity with 2 based planes and 40 weekly flights on 10 new routes, connecting Madeira to cities such as than London, Paris, Dublin, Milan and Manchester on an annual basis. This $ 200 million investment will not only boost Portugal's economy by boosting vital tourism, but will also create more than 60 direct jobs in Madeira and more than 400 jobs in the region. Efficient operations and competitive airport charges form the basis from which Ryanair can ensure long-term traffic growth and increased connectivity. We have worked closely with our partners from Madeira Airport, Tourism de Portugal and APM to ensure this growth and improve services for those who live, work or wish to visit the region”.

At a time when other airlines "are downsizing their fleets and closing their bases, we are delighted to continue investing both in our staff and in the airports in Portugal. We urge the Portuguese government to do the same by opening Lisbon-Montijo, removing the untimely air tax (which is a direct tax on tourism) and introducing a non-discriminatory traffic recovery system. All of this could be easily financed with the 3.2 billion euros in unnecessary state aid given to the small zombie airline TAP by the Portuguese government,” the leader added.

Thierry Ligonnière, CEO of ANA-VINCI Airports, stressed: “The announcement of the Ryanair base in Madeira for the summer of 2022 is excellent news for the Autonomous Region of Madeira. This database is the result of a partnership with Ryanair, the Madeira Tourism Promotion Association and the Portuguese Tourist Board. In addition to strengthening the existing partnership between VINCI and Ryanair, this base will allow, through the opening of new roads in 2022, a significant increase in Madeira's connectivity, stimulating the diversification of tourist markets, so important for the recovery and growth of tourism in the region ".