SFAX IN THE EYES OF WRITERS 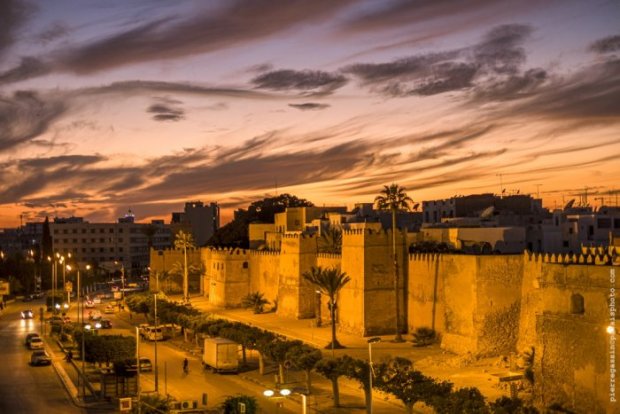 In this article, I would like to pay tribute to Sfax by dusting off some literary works, in order to take a fresh look at this invisible city. I also insist on this notion of invisibility which I intend to develop in my reflection.

In this article, I would like to pay tribute to Sfax by dusting off some literary works, in order to take a fresh look at this invisible city. I also insist on this notion of invisibility which I intend to develop in my reflection.

It is clear that this city has been mentioned in both French and French-speaking literature. I review some works where Sfax was a privileged place for several native and foreign writers. During my research, I undertook the reading of Itineraries from Paris to Jerusalem and from Jerusalem to Paris which is a monumental work by François-René de Chateaubriand, and which I recommend you read. This story, published in 1811, relates Chateaubriand's journey to several countries and cities, including Greece, Constantinople, Jerusalem, Egypt and, finally, Tunis. It should be noted that the French writer had spent eight days a few kilometers from the Kerkenian coast. He thus evokes, in the seventh chapter Travel to Tunis and return to France, his arrival in the Kerkenah archipelago: "We dropped anchor in front of the Kerkeni islands, all near the fishing line". Chateaubriand had made no secret of his weariness in being there and had expressed his desire to dock at the port of Sfax until the storm subsided. He had in truth wanted to reach Tunis by land, except that the captain had refused to go to the port, "whose entry is indeed dangerous". A few lines later, the author of Atala-René writes: "Sfax is a modern city: according to Dr. Shaw, it takes its name from the word Sfakouse, because of the large quantity of cucumbers which grow in its territory". At first, this information seemed far-fetched enough to be believed. But, I discovered after some research that this information was mentioned in two sources. The first is the book by Thomas Shaw: Voyages of Mr. Shaw in several provinces of Barbary and the Levant (ed. Jean Neaume, The Hague, 1743). In fact, it was in the chapter "Geographical Observations on the Kingdom of Tunis" that Shaw dwelled on the origin of the name of the City. The second source is the article "Where does the name Sfax come from?" By Dominique Mataillet, published on June 10, 2007 in the journal Jeune Afrique. I had to look for a third source to convince myself. I consulted the book Sfax in the meanders of the history of Asma Baklouti who concluded, after referring to the 12th century Maghreb geographer Al-Idrissi, that "the local toponym" safâqus "was none other than that of the wall which the Aghlabids had built to surround the space of a new city endowed with a central mosque built at the same period ”. This deduction is much more plausible than the conclusion reported by François-René de Chateaubriand who, it seems, had done a lot of research before starting his journey to the destinations mentioned below. The proof is the account of his trip, where he had demonstrated a great knowledge of the History of Tunisia since Antiquity through the reading of the works of British missionaries as well as the Greco-Roman literary and historiographical heritage.

The evocation of the city of Sfax, however brief it is, is not limited only to the text of François-René de Chateaubriand, but it is also evident in the texts of Gustave Flaubert, especially in his correspondence. Indeed, Sfax was mentioned in his letter exchange. Moreover, in a letter sent from Carthage to his friend Ernest Feydeau, Flaubert talks about his trip to Tunis as well as the cities he planned to visit: "I will leave in two hours for Utique where I will stay two days, after which I will settle for three days in Carthage itself, where there is much to see, whatever one says. My third race will be for El-Jem, Sousse and Sfax, eight day expedition, and the fourth for Kheff ”. I remind you that Madame Bovary’s author had stayed in Tunisia for several months in order to write Salammbô, whose adventures took place in Tunis. Flaubert was marked by the nature and the vestiges of the site of Carthage, and complained on the other hand of the Parisian life.

Francophone literature, in this case French-speaking Tunisian literature, also represented the city whose imagination is worthy of study because of its mythological and anthropological dimension. I refer first of all to the book of Asma Baklouti who retraced, in the chapter "Telling the most beautiful of stories", the myth of Sultan Ben-Yaghlab. The author explains the breadcrumb to us