SPOTLIGHT ON MADEIRA IN WINTER 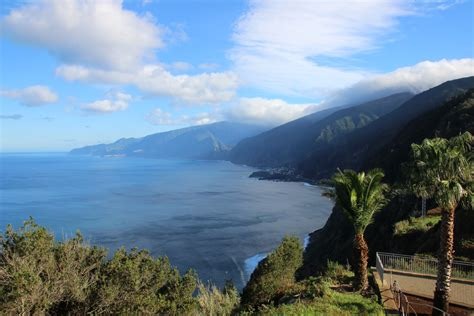 Once again voted "World's Best Island Destination" at the World Travel Awards, the Island of Flowers celebrates the holidays like never before and invites its visitors.

Located in the middle of the Atlantic, 600 kilometers from the Moroccan coast, Madeira was for a long time the well-kept secret of mainland Portuguese, cruise passengers of which it is a stopover of choice between September and April and senior tourists attracted by its spectacular blooms and its mild subtropical climate. But in the era of slow tourism and micro-adventure, spoiled by exuberant nature, the island of eternal spring has been able to highlight its prodigious assets.

Dozens of hiking trails (including more than 1,000 kilometers along the famous levadas that irrigate the interior of the island), punctuated with vertiginous views over the ocean or over wild valleys where waterfalls prance in the middle ferns crisscross this rough diamond sculpted by volcanic forces. You can also indulge in canyoning, rock climbing or even surfing! From April to October, it is also a privileged spot for observing cetaceans, of which around twenty species frequent its waters, including dolphins, blue or humpback whales, and orcas.

Some of these species are also visible in winter. A season that is also perfectly suited to the Atlantic garden ... It is between 13 and 20 ° C, the promise of spending Christmas in our shirt and savoring the festive character of this island very attached to its traditions. From the charming cobbled streets of Funchal, the capital, to the smallest mountain village, the Madeirans, very religious, strive to make this period a fairyland. Illuminations, craft markets, nativity scenes, choirs ... Everything that makes the magic of the holidays, including its famous New Year's fireworks, one of the most beautiful in the world, taken from the sea to the heights of the bay of Funchal, escapes the health restrictions imposed on us, at home, by the pandemic. Madeira, where the epidemiological situation is under control, with a low rate of infection and active cases, is more than ever the island in sight this winter, especially as it is open to travelers on condition that they present a negative PCR test 72 hours before arriving in the territory, that they download the Madeira Safe to Discover application and respect the health measures put in place by the autonomous region (wearing a mask, social distancing, etc.). Source : lefigaro.fr