THE 3 ESSENTIAL THINGS TO DO IN ABU DHABI 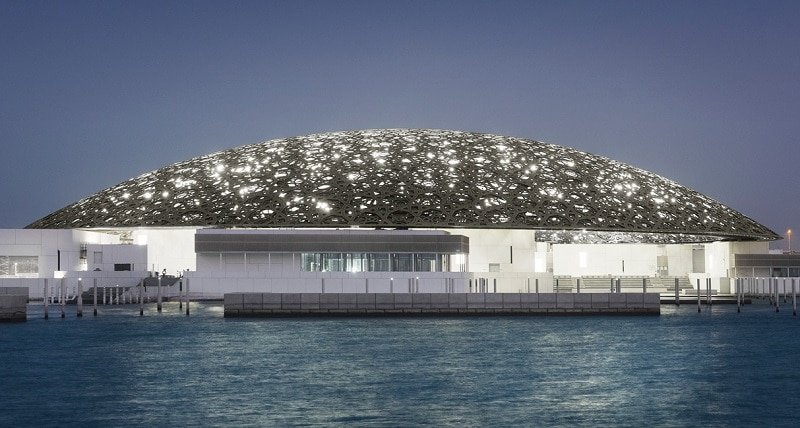 Visit Abu Dhabi: what are the best things to do and see in the capital of the United Arab Emirates?

The capital of the United Arab Emirates, Abu Dhabi, attracts less attention than its neighbor, the flashy and booming city, Dubai. However, Abu Dhabi is in fact richer than Dubai and has watched its growth carefully, focusing on the arts and preserving the city's heritage. The latter has a street layout similar to Manhattan, with wide avenues and lots of green space. Like Dubai, Abu Dhabi has its share of beaches, gold souks and international restaurants. Abu Dhabi is a great place to enjoy the winter sun. With its golden beaches, water parks and desert tours, the emirate is now well established as a tourist destination.

Inaugurated on November 8, 2017 and open to the public on November 11, the Louvre Abu Dhabi was designed by the architect Jean Nouvel and consists of creating a "bridge" between the West and the East, bringing cultures and cultures into dialogue civilizations. Visiting the Louvre Abu Dhabi and its vast exhibition of works of art and artefacts has become a must for the destination!

Clad in Macedonian marble, the magnificent and absolutely gigantic Sheikh Zayed Mosque is the iconic building of Abu Dhabi. The mosque merges elements of Mamluk, Ottoman and Fatimid style to create a harmonious and resolutely modern mosque that celebrates Muslim architecture. International engineers and artisans worked on its construction, including mosaics, worked glass and spectacular intricate carvings both inside and outside. It was inaugurated in 2007 after 12 years of construction.

Capable of holding 40,000 worshipers, it is the largest mosque in the United Arab Emirates, and is dedicated to Sheikh Zayed ben Sultan Al Nahyane. Non-Muslims are allowed in all areas of the mosque (including the huge library), and there are guided tours available. The mosque is open (free of charge) every day from 9 a.m. to 10 p.m. except Friday from 4:30 p.m. to 8 p.m.

Al-Hosn Palace, also known as Old Fort or White Fort, is the oldest building in Abu Dhabi. The palace was built in 1793 as the residence of the ruling family and the seat of government. The interior of Al Hosn Palace has been renovated and modernized, and is now used by the Cultural Foundation to house the Center for Documentation and Research, which has a collection of documents on the heritage and history of the United Arab Emirates and the Gulf region. The courtyard and the magnificent mosaic work on the main north door are to be seen. In the palace there is a museum of traditional objects and historical photographs. The exhibition includes a natural history section with desert fauna, and a historical section with exhibits on the history of Abu Dhabi.