THE DRAWING FAIR: AT THE BAYSER GALLERY, THE DRAWING MARKET CONTINUES ITS ACTIVITY 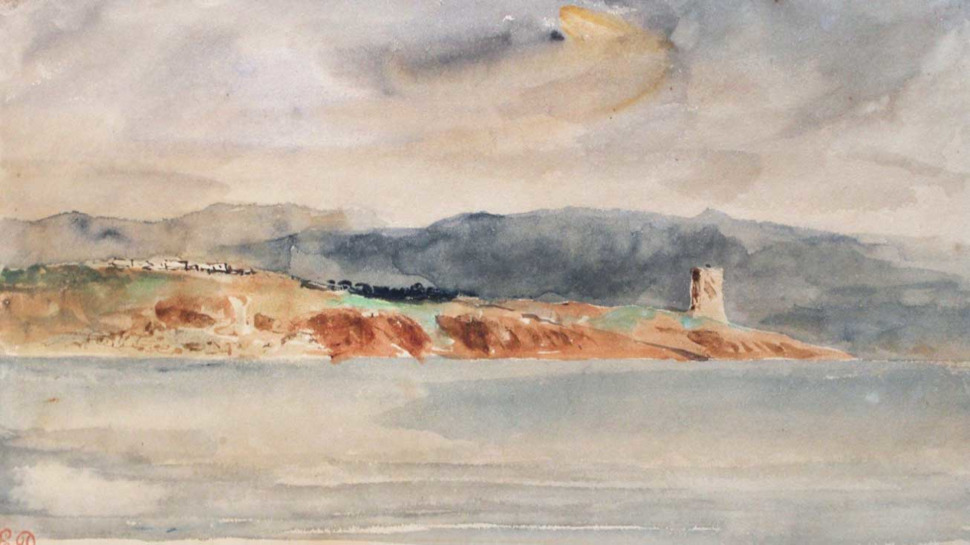 As proof, at D-65 of the Salon du dessin 2020 (from May 26 to 31 at Palais Brongniart), the De Bayser gallery offers two drawings by Eugène Delacroix: a Portrait of a young man in a turban and a Moroccan landscape. Let us dwell on the latter, for sale online on the gallery site.

What a unique opportunity to be able to contemplate two drawings of Eugène Delacroix's journey to Morocco in 1832! At the end of the previous year, the government of King Louis Philippe, wishing to verify the neutrality of Morocco at the time of the Algerian occupation by France, decided to send a delegation led by Count Charles de Mornay. The objective: to meet Sultan Moulay Abd er-Rahman. As during the Napoleonic expeditions to Egypt, scientists and artists accompany soldiers or diplomats. In this varied cohort, the count chose his friend the painter Eugène Delacroix in place of Isabelle, who was to leave initially.

Capture exoticism on the fly

For Delacroix, this is an opportunity to observe all the moments of the journey, to draw everything he sees. He blackens seven notebooks that he heightens with watercolors in the evening or on which he writes the precise colors to be sure to respect his impressions when he returns to his studio in Paris. He draws landscapes, animals, monuments, clothes, weapons, musical instruments. Everything seems exotic to him and he needs to remember even the smallest details. Sometimes, his note sheets gather elements crunched with feverishness. Thus of a drawing where an Arab courtyard adjoins with a column and balustrade of wood painted in green and a head of a young woman from behind with two mats, one nested inside the other without logic if not the speed of execution and the need to remember details taken on the spot. "I am in this moment," writes Delacroix, "like a man who dreams and sees things he is afraid of escaping from him." Remember Algeciras?

The Moroccan Landscape seems to have been captured while Delacroix is at sea, aboard the frigate-notice La Perle. The artist gives great importance to the coast line with the white houses grouped at the foot of green and brown hills. To play with contrasts, the mountain in the background is darker with its trees but also with the shadow of large clouds that are piled up at the top of the leaf. In the distance, other reliefs testify to the dryness of the hinterland by their arid whiteness. We feel that this drawing was finished quickly by Delacroix because the sea is quickly executed. Two watercolor brushstrokes are enough to evoke the flat calm of the water. "The absence of handwritten annotation does not allow us to accurately locate the place represented, explains Louis De Bayser, but the fluidity of treatment of the sky and the sea, the use of the paper reserve to represent the coastal village and the ocher tones used correspond to the watercolors at the start of the trip. A watercolor representing Algeciras, of very similar format, technique and sensitivity, is kept in a private collection”.